Historically, we have been much more interested in learning why people do bad things than why they do good. There are countless studies on what makes us feel bad or behave badly, what causes various psychological disorders, even what causes evil….but there has been very little interest in studying the science of happiness.

Fortunately, the pendulum is swinging. Scientists are now turning their attention to the brighter side of life. Goodness, happiness, compassion, gratitude, forgiveness, altruism, mindfulness, meditation, prayer…formerly the territory of churches, synagogues, and kitchen tables, are now becoming the subjects of scientific research. And there are no surprises in the findings. Intuitively we already know the answers. Of course altruism is good for us. It makes us feel good. It improves our emotional well-being and we are now learning that it improves our physical well-being as well.

Research indicates that happy people are more generous (generous of spirit, time and money). But also, generosity makes us happier. It is a positive feedback loop that can only lead to better things. It reminds me of a song we used to sing when I was a child:

Love is something if you give it away,

Love is something if you give it away

You end up having more.

Hold it tight and you won’t have any.

Lend it, spend it and you’ll have so many,

they’ll roll all over the floor.

For, love is something if you give it away,

Love is something if you give it away

You end up having more.

So don’t forget that this is something in your toolkit. I know you are busy. I know you are overwhelmed. I know you can’t possibly add anything else to your plate. But if you practice compassion (genuinely wanting to relieve the suffering of others) and altruism (an act that benefits another person) on a regular basis it will positively impact your well-being. It will help decrease your stress, improve your health and make you feel better. Include your children in the process and it will teach them kindness as well.

You don’t have to devote a lot of time and energy to make a difference to others. A little help can go a long way and you will be modeling positive behavior for your children. Engaging in regular acts of kindness will help your children respond to their own natural instinct to be kind. Here are a few ideas:

So here’s to raising a generation of kind-hearted people!

Labor Day is over; the unofficial end to summer. Another school year has begun. We have new school supplies, new back packs, new shoes and new attitudes. “This year I will get my kids to school on time every single day.” “This year I will always make my son a healthy lunch – no more school lunches.”

I have always thought that New Year’s Resolutions made more sense in the fall. I’ve spent the majority of my life tied to the school year so I guess I’m programmed to think of fall as a time of new beginnings. Do you have resolutions this fall? What are you trying to do differently? What projects are you trying to get done? And what has stopped you from accomplishing it thus far?

There are lots of things that stop us from achieving our goals. Here are few of them:

1. Unrealistic Expectations – You have a to-do list that is three pages long and includes things like “re-finish the kitchen cabinets, plant a garden, read to the children every night, establish a family game night, get more sleep, make my own baby food… If you are trying to (like Mary Poppins) be perfect in every way then you are setting yourself up for failure. Choose one thing to focus on at a time and then break it down into smaller steps.

2. You Don’t Believe You Can Do It - If you don’t believe it’s possible you will sabotage your success. It’s important to get your emotional mind on board. You have achieved many things in your lifetime that have required skills and talents. Inventory your strengths and put them to use.

3. There is Never Enough Time - It’s true. There is never enough time. There will never be enough time to do all the things you want to do. But there is enough time to do some of them. If you decide to make something a priority you will do it. The tough part is that many of us habitually put our own desires (and often our needs) at the bottom of the list.

4. You’re Overwhelmed at the Thought of Adding Something Else to Your Plate - This is a sign that self-care needs to move to the top of your list. That doesn’t mean you need to leave your family for a weekend at the spa (though go for it if you can manage it!). For busy mothers, self-care sometimes means spending 2 minutes by yourself in the bathroom. Savor that cup of coffee in the morning instead of gulping it down without even noticing it. Stop to enjoy the sun on your face for a moment. Go to bed 10 minutes earlier than you did last night.

I struggle with all these issues – sometimes all at once! But I know that change is possible and I know that goals can be achieved. One of my School Year’s Resolutions is to finally start an online support group for you folks. I’ve been thinking about it for 3 years – 3 years! Do you have any projects that have been on the back burner for that long? Or worse, has your own self-care been on the back burner for that long? Are you ready take action – even a teeny, tiny action that you’re sure no-one will notice? Join me and work together in accomplishing something – anything! Watch your email for more details coming soon!

Birth of the Inner Critic 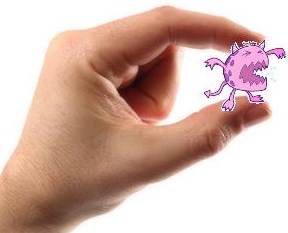 Last week I wrote about that inner critic who sits in our head and screams about everything we do wrong. We all have one. Some critics are tamer than others. Some critics are downright abusive. But most of us can agree that it’s there. So what is it and how did it get there?

We come in to this world whole and unscathed. But at some point in our childhood there occurs a heartbreak. The first of many. This is unavoidable. It is part of the human condition. It can happen through a single event or through an accumulation of events. We can be hurt through physical or emotional abuse or through the teasing of siblings or peers. It could happen at home with our family or out in the community. But, it happens. At some point we get the message that who we are is not ok. Or that at least some part of us is unacceptable.

It is at that point that the critic is born.

There is a part of us that is determined to stop this heartbreak from happening again. It becomes a policeman or an over-protective parent. It monitors our behavior. It keeps us hidden in order to keep us safe. It tries to control us in order to protect us from ridicule, rejection or abuse.

So the critic, then, is actually trying to help us.

The problem is that sometimes this critic becomes too powerful. And too big. And too mean. Sometimes that internal voice does us more harm than good. It cripples our confidence and interferes with our growth and development. It uses harsh, abusive words. It needs some serious sensitivity training!

In the coming weeks I will write more about the inner critic as well as some of the other voices you may notice inside your head. If you can have an inner critic, why not an inner cheerleader? Or an internal wise old woman. And of course there is the inner child (No. I’m not trying to give you all multiple personalities! This is all perfectly normal, I promise!). It’s fun to get to know yourself in this way. Take this journey with me! 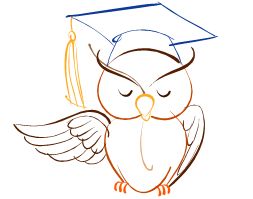 In the 90’s the culture turned a great deal of attention toward the issue of self-esteem. It became commonly understood that people who do not feel good about themselves, never reach their full potential. Of course, we all wanted our children to be the best they could be so we began praising children for everything they did in hopes that they would not doubt their abilities. We tried to create confident, self-reliant responsible human beings through our emphatic approval of every small achievement. But, it turns out that self-esteem does not work this way. And in all our attempts to make our children feel good about who they are, we actually may be undermining their confidence.

Isn’t this fascinating? I think this is really important information. Our attempts to make our children more confident may actually make them more fragile. If we tell our kids they are smart, they do not want to lose that status. You can imagine that they are thinking: “What if I try the harder problems and I do not score as well? Then I won’t be smart any more. I think I’ll just keep doing what I know how to do. Then everyone will think I’m smart.” When this experience is repeated daily it hinders the development of creativity and flexibility. Children do not pursue their curiosity, they are reluctant to try new things, and they grow to be fearful of making mistakes.

Once you start paying attention to these two different kinds of praise, you will be amazed at how often you and others praise your children for a “fixed trait” – that is one that does not grow over time. “Oh. What a good artist you are.” “You are an awesome soccer player.” “You’re a natural.” “You are so smart.” The list goes on and on. Instead, try praise like “I can see you have been really practicing.” “You worked really hard on that puzzle.” “I liked the way you tried something new in this drawing.” “You stuck with that until you figured it out – how wonderful!” This kind of praise encourages continued growth and development. It reinforces the need for perseverance and practice in achievement and it is more likely to instill a drive to learn and grow continually. Even if the results of a child’s labor are not what he was hoping for, continue to encourage the effort: “I really like the way you are challenging yourself to do harder things.”

One last note: make sure your praise is authentic. If you do not believe what you are saying your words will have an empty ring to them. Kids have a fantastic nose for sniffing out insincerity and will learn to disregard your remarks. Be trustworthy.

If you want to read more about “fixed mindset” and the development of children’s intelligence you can visit these websites:

http://blog.guykawasaki.com/2007/04/more_on_carol_d.html
Carol Dweck who pioneered this research, wrote a book called Mindset: The New Psychology of Success. Check it out if you really want to dive into the subject.