Inner Gremlins – Which Voice Are You Listening To? 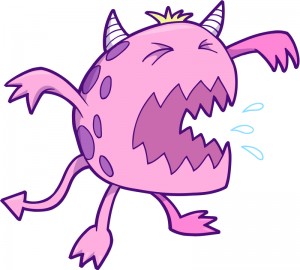 Our minds are filled with chatter most of the time. There are thoughts running around in there all day long. Sometimes we are tuned in to the noise. Sometimes we’re not. But unless we are 100% focused on our current activity, chances are we are thinking about something. And those thoughts have a profound effect on our emotional well-being.

One of the first things I do with clients in my therapy practice is to “out the critic.” That is to say, I call attention to that negative voice inside your head that comments on everything you do. You know the one. It’s the one that says “I can’t believe you just said that. You are so stupid!” or “Don’t do that. You’ll make a fool of yourself.” Or “You will never get it right…” Usually there is no end to the miserable things it has to say.

But here’s the thing… Are you ready for this?… It’s profound…

You don’t have to believe it.

Did you hear that? You don’t have to believe it. It doesn’t speak the truth. In future posts I will write about where this voice comes from and what its function is. But for now, suffice it to say that you do not have to believe what it says about you.

The next time you hear that voice inside your head saying mean things about you, just notice it. Say to yourself “Hmm. There’s that mean voice inside my head again.” That’s it. Just notice it. Don’t judge it. Don’t try to make it go away. By all means, don’t beat yourself up about it (it would be totally unfair to give the critic one more thing to be critical about!). Just notice it and remind yourself that it doesn’t speak the truth. That alone can make a difference in how you feel.